More than 2 and a half years ago, I was diagnosed with Glaucoma. I had annoying ‘floaters’; and, according to the doctor, I had “severe” cataracts. This was just after my 70th birthday.

I’ve been using Mini-Magic for more than 6 months; and, since I began, I have made GREAT progress!

On a recent visit to the eye doctor I have been seeing for about 2 years, I was told I have no cataracts. That didn’t happen before I began to apply PEMF, using my Mini Magic device.

My visual acuity has also improved. I can read more easily than I could 6 months ago and can focus on street signs from a distance.

My condition was critical. I went from not being able to make out a road sign from 10 feet away, to be able to focus on signs 100 feet or more away

In the beginning, I was under intense pressure to undergo surgery. I knew from testimonials and my own observations that it wouldn’t live up the promises, and I want others to know IT ISN’T NECESSARY!

I also bought a Mini Magic device for my Father-in-law, who is in his mid-nineties. In about 6 months, he’s gone from not being able to make out a single line of print, of any size, with or without glasses, to being able to read a large line of type.

From my own experience, I know that PEMF therapy increases strength and energy. Can the PEMF mat offered by Miramate be used with the Mini’Magic device? If so, I’d like to buy one for my mother-in-law, who is bedridden and unable to stand without assistance. 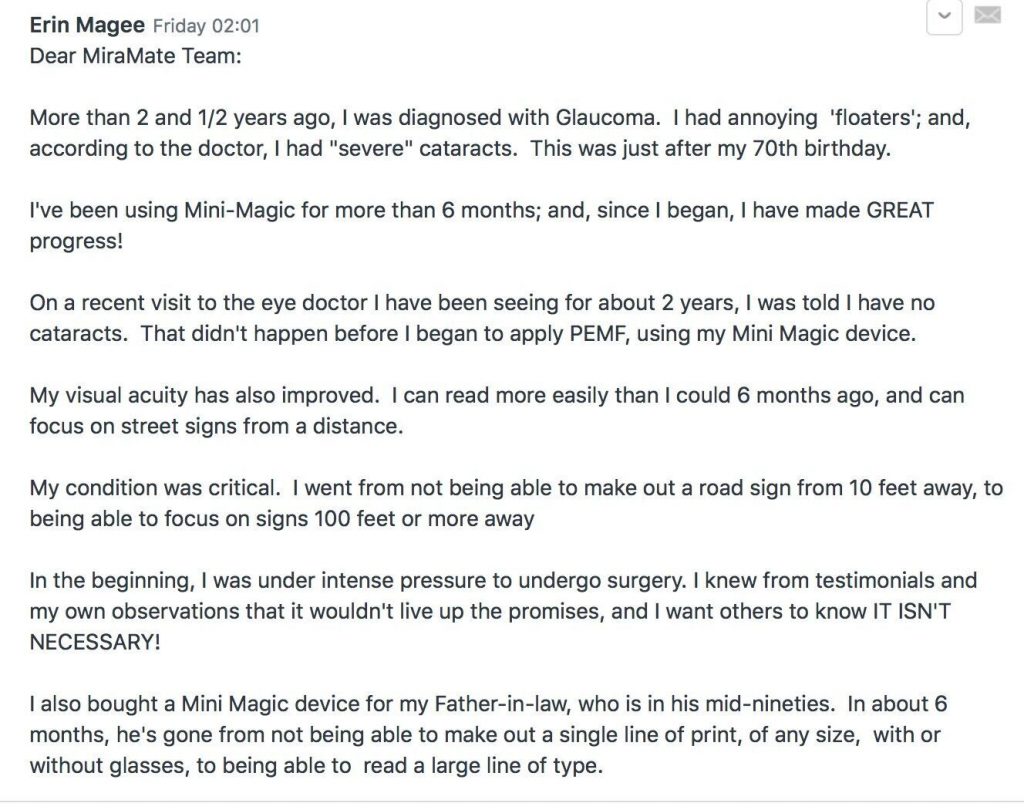